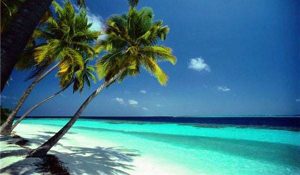 Trincomalee, or “Trinco” for short, is a coastal town found on the east coast in the Eastern Province of Sri Lanka. It has a population of 99,000, the vast majority of which are Tamils.

There is a deep water harbour called Inner Harbour which is strategically very important to the island. There is a navel base here.

The area is dotted with Hindu temples. One popular one is called Sri Pathrakali Temple which can be found just off the Main Street near the bus Station.

For restaurants, try the Dutch Bank Cafe. Offering international cuisine with a Dutch twist as well as local cuisine. It is a good choice for food and views. 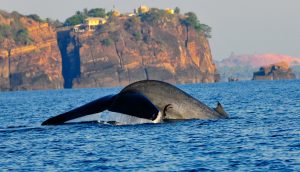 Jutting into the ocean on the east side of the city of Trincomalee. Swami Rock has been declared the world’s greatest vantage point for blue whale spotting by oceanographers.

Blue whales are present in the seas off Trinco all year round. Although sightings are most frequent between the months of February and November. Sperm whales also regularly cruise by.

So while you’re exploring the Kandasamy Kovil temple, spare some time to gaze at the big blue offshore for spouting cetaceans. Don’t forget to bring binoculars if you can.