Which Country Will You Visit First After This Outbreak Is Over 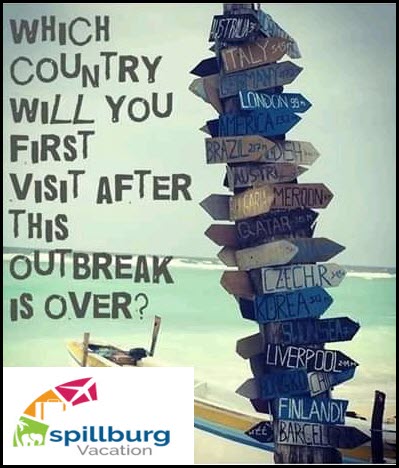 After around 4 billion people being on lock-down for a number of months.

Above all, after this outbreak is over, then why not treat yourself to a well deserved holiday?

There are hundreds of great destinations all over the world.

For instance, why not let UNESCO help you decide?

Locations based on historical and cultural importance, as well as their natural beauty.

The ancient city of Yazd is one of the world’s largest cities of adobe building construction. As a result, Yazd is a good example of a desert city using limited resources to survive for thousands of years.

Located in southwestern Turkey, Aphrodisias is known as the city of Aphrodite. The Greek goddess of love. Therefore the city is known for its many works of sculpture and rich sources of marble. Aphrodisias was a small ancient Greek Hellenistic city in the historic Caria cultural region of western Anatolia, Turkey. It is located near the modern village of Geyre. Which is about 100 km east/inland from the coast of the Aegean Sea, and 230 km southeast of İzmir.

The capital of Eritrea is called by UNESCO an unusual example of “early modernist urbanism” in early 20th century Africa. It’s known for its Italian colonial buildings, like the Catholic Cathedral. The city’s eclectic architecture ranges from art deco cinemas to the Futurist. The grand former governor’s palace dates from the 19th century. Close by is the ornate Opera House, built in the early 1900s in a mix of styles.

Located in Rio de Janeiro, between the current Coelho e Castro and Sacadura Cabral streets. Built in 1811, it was the site of landing and trading of enslaved Africans until 1831. With the blockade of Africa banning the Atlantic slave trade to Brazil.

Caves and Ice Age Art in the Swabian Jura – Germany

The ancient caves date back to the Ice Age. Ancient instruments and carvings made from mammoth ivory were discovered in the caves. Also, a 40,000-year-old figure was discovered that historians say is the oldest known image of a human.

It is located in northwest England. Nature and humans created here a harmonious combination of mountains and water.

Taputapuatea is on an island in the South Pacific. It contains a former religious centre made up of stone buildings dating back 1,000 years.

In the Khmer language, the name of this ancient temple means “the temple in the richness of the forest.” At the capital of the Chenla Empire that flourished in the late 6th and early 7th centuries AD. The property comprises more than a hundred temples. Ten of which are octagonal, unique specimens of their genre in South-East Asia.

The Landscapes of Dauria are shared between Mongolia and Russia. The area serves as an example of an extreme dry and wet climate creating a wide variety of animals and ecosystems.
Categories: Tags: UNESCO