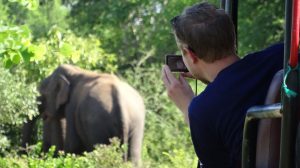 Yala lies in the Southern Province and Uva Province. The park covers 979 square kilometres (378 sq mi) and is located about 300 kilometres (190 miles) from south of Colombo. Yala was designated as a wildlife sanctuary in 1900.

The “big four” can be spotted here. Elephants, the sloth bear, the illusive leopard and the wild buffalo. 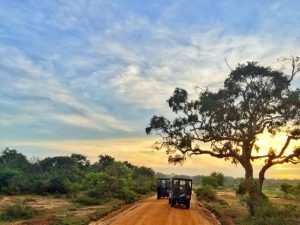 The roaming elephant herds can be easily seen during the dry season which is from February to June. With the water levels lower. It’s easier to spot animals coming out to the lagoons to drink.

The park normally closes each year for the month of September for maintenance.

The Sri Lankan leopard is also known to be the biggest of the eight known species of leopards in the world.

The leopards are easier to spot in Sri Lanka than any other place in the world. This is due to the lack of any other predators’ presence and because they are less elusive and less nocturnal than in other countries.