Nuwara Eliya is snuggled in the hill country of Central Province. Some 39 kms south east from Kandy as the crow flies. But by road it is 76 kms of winding road through the most spectacular scenery of Sri Lanka. The green undulating tea plantations cannot fail to fascinate you. Most of which still use hand picking over mechanisation. 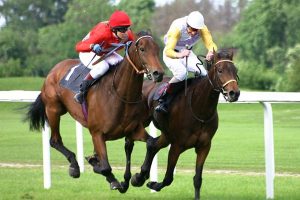 Nuwara Eliya is also called “Little England”. Steeped in tradition are places like The Hill Club and the Golf Club for those interested in horse racing and golf respectively. At the Hill Club for example dinner jacket and tie are required in the dining rooms for the gentlemen. It is all “terribly English”.

Being in the Hill Country. The weather can be terribly English too. Expect cold and rain in the months of June, July and August. April though is their festival month with competitions of everything you can image from a car rally to pony races. Marques selling home-made jams and cakes.

Not only is this popular with the foreigners. But it is a major attraction for locals too as schools are on holiday at this time of year.

The Lakes Dominate The Area

Geographically both the Lake Gregory and north of the lake. The Nuwara Eliya Race Course, dominate the area. Major roads are Upper Lake Road and Race Course Round Road. The Grand Hotel Road is popular with the Grand Hotel offering a wonderful dining experience at the Grand Indian restaurant.

For those looking for cheaper options, try Salmiya Restaurant for the most amazing pizzas. Or fried chicken at The Pub near the Police Station. The Pub of course having an English feel but filled mainly by locals, especially on Saturday night.

Day trips include visiting a tea estate such as Mackwoods or Pedro’s Estate. You can also go to the visitors’ centre at one of the most important dairy farms in Sri Lanka called Ambewela Farms. For those who like hiking, a trip to World’s End and Lovers Leap may be good options.